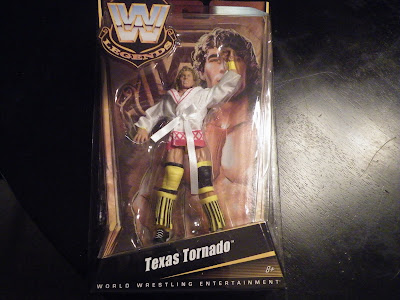 While I have already done a post on Kerry Von Erich, this one is about his time in the WWE as Texas Tornado. After dominating the regional circuit for NWA and WCCW, Kerry Von Erich entered the WWF as Texas Tornado defeating Buddy Rose on July 28, 1990. A month later at Summerslam 90, Tornado subbed for an injured Brutus Beefcake (hmmm....didn't the Ultimate Warrior also do that at Summerslam 88), and defeated Mr. Perfect for the Intercontinental Championship. Tornado would go on and hold the title until November 19th (his title reign in Kayfabe was until December 15th though which is when the match aired on television) where he would lose the belt back to Henning due to outside interference from Ted Dibiase.

He would continue on as a mid card star for the better part of 1991. This is when drug problems started becoming noticeable and his push was stopped. Up until his release in July of 1992 he became a jobber to the stars such as The Undertaker. 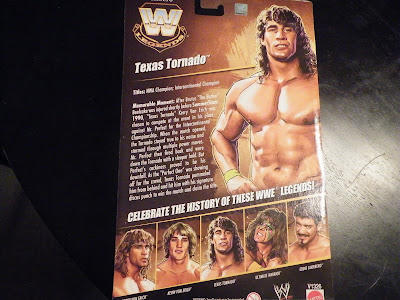 The figure is highly detailed with Tornado coming with the "Kerry" inscribed jacket, his yellow trunks and multi colored knee pads/wraps. Also on this figure are the black and yellow boot tassles that were a signature of Tornado's WWF run. Thes are also removable, but good luck trying to get them off over the boot. All in all this is another high quality figure that was put out by Mattel, it's just too bad that the Legends will no longer be sold in stores and only on line for now on. 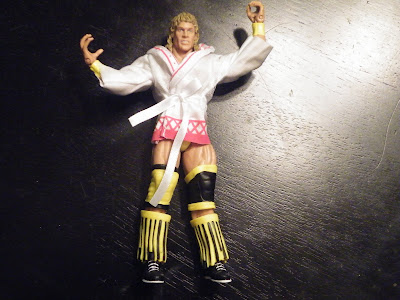 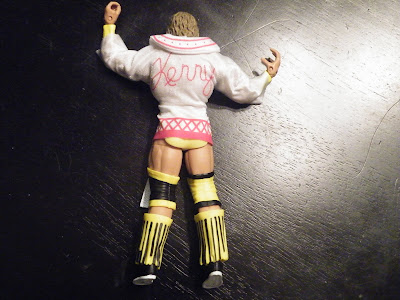