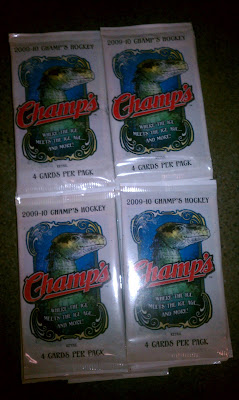 So in my quest to complete a master set of 2009-10 Champs Hockey, I was looking around on Dave and Adam's Cardworld last week and came across a special where they were selling 24 random retail packs for $12.95. It looked like a great deal to me so I picked up two lots. I have no idea if these all came from the same box or gravity box, so reflected odds probably will not be in effect for these packs. Here are the results of the first lot.

61 Base Cards - Of those I needed 33 for my base set which takes me down to 27 that I need to pull from my next lot of packs to knock out this set. Plus, this is the first Bobby Orr card I have ever pulled from a pack which even though it is a worthless modern base card, is pretty damn exciting. 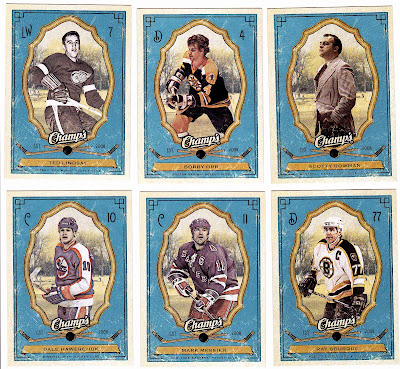 6 Light Blue Paralell's - I hate paralell's, they are a waste of pack space and that pisses me off. 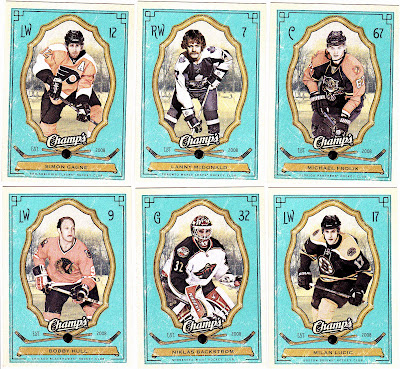 3 Orange/Red Paralell's - Again, another stupid variation of a base card I could use.

1 Yellow Paralell - I actually like the way these yellow cards look, but at 1 in 24 packs, completing a set is not possible, at least not for me. 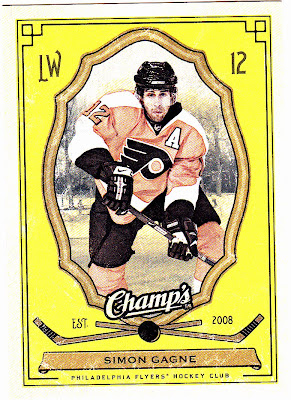 2 Mini Rookies - These are supposed to come 1:4 packs, but since my packs were random I got 2 total. Oh well it's better than none, too bad one of them wasn't Tavares. 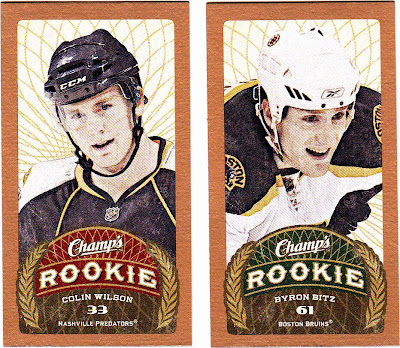 2 Historical Figures - I am a sucker for the history cards. I love pulling dead presidents. 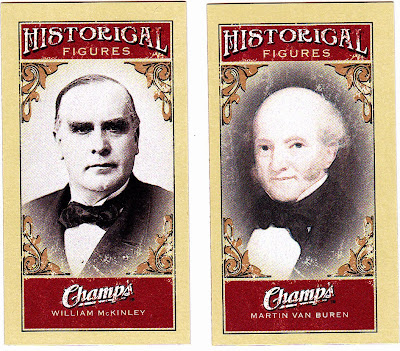 5 Natural History - Again, I love this shit. Dinosaurs and a plant, much more exciting than a 4th line winger. 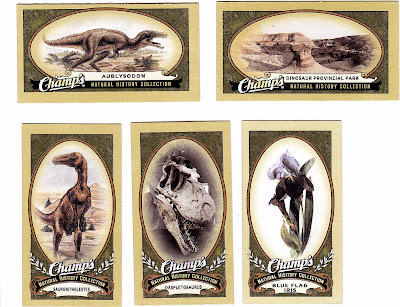 1 Wonders of the World - Yet another gimmick card. These are a little harder to pull though than the Natural History or Historical Figures. 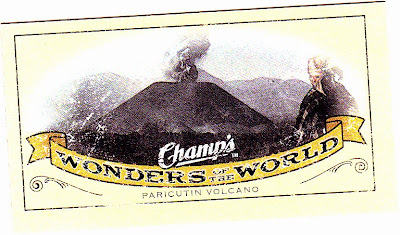 14 Regular Minis - I was happy with pulling the Bourque and Howe minis. Now the work begins trying to put this 192 card set together. 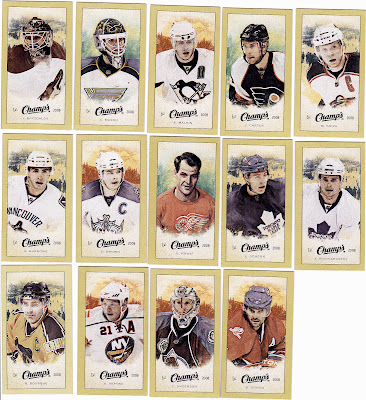 I have to say I was very pleased with this rip. It was cheap at only $12.95 and since I am working on the set, it was nice to knock quite a few cards I needed off the list. I have another 24 packs I will be ripping later in the week or next week, and after that I will have to make a decision on whether to buy another lot or two, or just finish the set through trades, Ebay, or some other means.
Posted by stoneski at 10:55 PM